Parable of the Prodigal Son 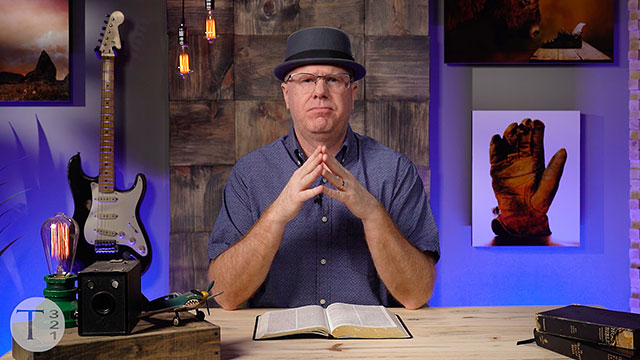 QUESTION: What can I learn from the parable of the prodigal son?

The Parable of the Prodigal Son – The Text
Jesus continued: "There was a man who had two sons. The younger one said to his father, 'Father, give me my share of the estate.' So he divided his property between them.

"Not long after that, the younger son got together all he had, set off for a distant country and there squandered his wealth in wild living. After he had spent everything, there was a severe famine in that whole country, and he began to be in need. So he went and hired himself out to a citizen of that country, who sent him to his fields to feed pigs. He longed to fill his stomach with the pods that the pigs were eating, but no one gave him anything.

"When he came to his senses, he said, 'How many of my father's hired men have food to spare, and here I am starving to death! I will set out and go back to my father and say to him: Father, I have sinned against heaven and against you. I am no longer worthy to be called your son; make me like one of your hired men.' So he got up and went to his father.

"But while he was still a long way off, his father saw him and was filled with compassion for him; he ran to his son, threw his arms around him and kissed him.

“The son said to him, 'Father, I have sinned against heaven and against you. I am no longer worthy to be called your son.'

"But the father said to his servants, 'Quick! Bring the best robe and put it on him. Put a ring on his finger and sandals on his feet. Bring the fattened calf and kill it. Let's have a feast and celebrate. For this son of mine was dead and is alive again; he was lost and is found.' So they began to celebrate.

"Meanwhile, the older son was in the field. When he came near the house, he heard music and dancing. So he called one of the servants and asked him what was going on. 'Your brother has come,' he replied, 'and your father has killed the fattened calf because he has him back safe and sound.'

"The older brother became angry and refused to go in. So his father went out and pleaded with him. But he answered his father, 'Look! All these years I've been slaving for you and never disobeyed your orders. Yet you never gave me even a young goat so I could celebrate with my friends. But when this son of yours who has squandered your property with prostitutes comes home, you kill the fattened calf for him!'

"'My son,' the father said, 'you are always with me, and everything I have is yours. But we had to celebrate and be glad, because this brother of yours was dead and is alive again; he was lost and is found'" (Luke 15:11-32).

The Parable of the Prodigal Son – The Meaning
The parable of the prodigal son is one of the most well-known stories of Jesus. It is more commonly referred to as the story of the prodigal son, though the word prodigal is not found in Scripture. To characterize the son as “lost” emphasizes that sinners are alienated from God; to characterize the son as “prodigal” casts an emphasis on a wayward lifestyle. In truth, this particular parable has many points to bring out concerning the nature of man and God.

The word prodigal may be defined as “rashly or wastefully extravagant”; the son in the story exhibited this behavior with his handling of his share of his father’s estate. Having prematurely gotten hold of his inheritance from the father he “squandered his wealth in wild living” then, “began to be in need.” The natural state of unregenerate mankind is always toward lust and greed and extravagance of all kinds; without God we squander our resources and energies until we are void and empty. When the younger son found himself in this state, he remained in the far country working in a contemptible job and willing to eat the food he was feeding to the pigs which were under his care. When we remain in a place of alienation from God, we descend into futility, darkness, and humiliation.

The parable of the prodigal son indicates, however, that we do have the opportunity to make a change; we do not have to stay in our hopeless state; we can come to ourselves. The lost son realized that in his father’s house there was sustenance for him; he humbled himself, willing, if necessary, to be his father’s servant, and started back home. This turning in our lives is the first indication of God’s love for us. Even recognizing our sinful, hopeless state is initiated in us by God, Himself. “Or do you show contempt for the riches of his kindness, tolerance and patience, not realizing that God's kindness leads you toward repentance?” (Romans 2:4).

The parable of the prodigal son makes it obvious that God was at work. That he was able to see the younger son when he was still a long way off means that the father was watching for his son, waiting for him, longing for him. The father runs to him, embraces him, loves him and gives him gifts; he seems totally oblivious to the fact that his son has disrespected him, acted outrageously, and lost everything. The father lavishes upon him, celebrates over him. This is a wonderful picture of the great love of God towards us. He seeks after us, reaches out to us. When we come to Him, He washes away all our evil deeds of the past, not holding them against us. “You will again have compassion on us; you will tread our sins underfoot and hurl all our iniquities into the depths of the sea” (Micah 7:19).

The parable of the prodigal son also shows the attitude of the self-righteous sinner, pictured by the older son. He quarreled with his father that the younger son had messed up and yet the father had prepared for him the “fatted calf.” Because he considered himself better than the younger son, he could not share in the father’s joy. “My son,” the father said, “you are always with me, and everything I have is yours.” The older son’s hardness of heart made him unaware of the riches available to him in his father’s house. This son complained that he had “slaved all these years.” He had no more love for the father than the younger son; nor did he avail himself of all the good things the father freely provided for him at all times. Both sin and self-righteousness separate us from God. We all require God’s grace, His unearned, unmerited love for us. The father went out to the disgruntled older son. God is He who always continues to seek after us, regardless of the state we are in.

Parables of Jesus - Learn More!
What do you think?
We have all sinned and deserve God’s judgment. God, the Father, sent His only Son to satisfy that judgment for those who believe in Him. Jesus, the creator and eternal Son of God, who lived a sinless life, loves us so much that He died for our sins, taking the punishment that we deserve, was buried, and rose from the dead according to the Bible. If you truly believe and trust this in your heart, receiving Jesus alone as your Savior, declaring, "Jesus is Lord," you will be saved from judgment and spend eternity with God in heaven.