Origin of Easter - A Christian Commemoration
The origin of Easter, a holiday associated with the observance of the resurrection of Jesus Christ, is actually based on an ancient pagan celebration. Christians recognize this day as commemorating the culminating event of their faith, but like so many other "Christian" holidays, Easter has become commercialized and mixed with non-christian traditions like the Easter Bunny, Easter parades and hunting for Easter eggs. How did this happen? 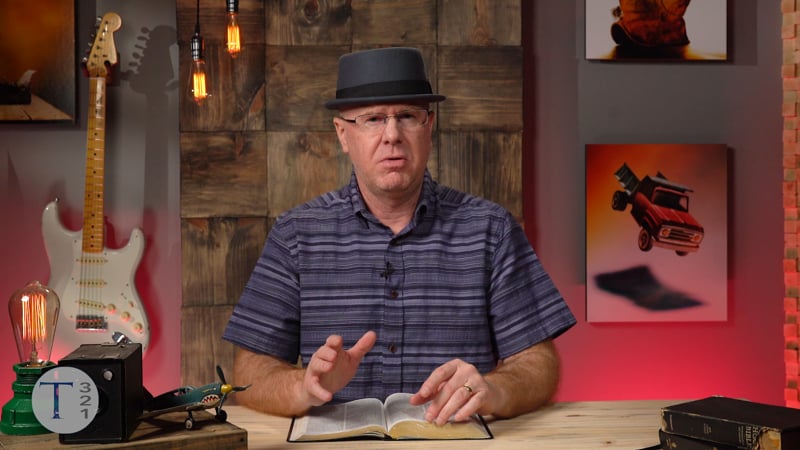 Origin of Easter - Its Pagan Roots
The origin of Easter dates back to ancient times, not long after the global Flood recorded in Genesis 6-9 of the Bible. Nimrod, a grandson of Noah, had turned from following his grandfather's God and had become a tyrannical ruler. According to the biblical record, as king, Nimrod created Babel, Ninevah, Asshur, Calla and other cities, all known for lifestyles that promoted unspeakable evil and perversion. When Nimrod died, his wife, Queen Semiramis, deified him as the Sun-god, or Life Giver. Later he would become known as Baal, and those who followed the religion Semiramis created in his name would be called Baal worshippers. They became associated with idolatry, demon worship, human sacrifice and other practices regarded as evil.

The origin of Easter involves the birth of Semiramis' illegitimate son, Tammuz. Somehow, Semiramis convinced the people that Tammuz was actually Nimrod reborn. Since people had been looking for the promised savior since the beginning of mankind (see Genesis 3:15), they were persuaded by Semiramis to believe that Tammuz was that savior, even that he had been supernaturally conceived. Before long, in addition to worshiping Tammuz (or Nimrod reborn), the people also worshiped Semiramis herself as the goddess of fertility. In other cultures, she has been called Ishtar, Ashtur and yes, Easter.

The origin of Easter goes back to the springtime ritual instituted by Semiramis following the death of Tammuz, who, according to tradition, was killed by a wild boar. Legend has it that through the power of his mother's tears, Tammuz was "resurrected" in the form of the new vegetation that appeared on the earth.

According to the Bible, it was in the city of Babel that the people created a tower in order to defy God. Up until that time, all the people on the earth spoke one language. The building of the tower led God, as recorded in Genesis 11:7, to confuse their tongues to keep them from being further unified in their false beliefs. As the people moved into other lands, many of them took their pagan practices with them.

Contemporary traditions such as the Easter Bunny and the Easter egg can also be traced back to the practices established by Semiramis. Because of their prolific nature, rabbits have long been associated with fertility and its goddess, Ishtar. Ancient Babylonians believed in a fable about an egg that fell into the Euphrates River from heaven and from which Queen Astarte (another name for Ishtar or Semiramis) was "hatched."

Origin of Easter - Resurrection Day for Christians
For Christians, the origin of Easter is simply the crucifixion and resurrection of Jesus Christ about 2,000 years ago. According to the Gospel accounts, Jesus Christ, the true Messiah promised in the Old Testament, was crucified and resurrected at the time of the Jewish Passover. Since that awesome event took place, those who believe Christ is their Messiah have honored that day and often celebrated it with the traditional Passover. As the Gospel of Christ spread throughout non-jewish nations, among people who did not have a history of celebrating the Passover, the pagan rites of Easter gradually became assimilated into what the Christian church called "Resurrection Day." Compromising the commandments of God with the comfort of the world is as old as the nation of Israel itself. Actually, American history teaches us that Easter was dismissed as a pagan holiday by the nation's founding Puritans and did not begin to be widely observed until just after the Civil War. Those interested in a Christian view of American history and the gradual compromise of America's Biblical foundations may wish to read books such as The Light and the Glory by Peter Marshall and David Manuel.

What do you think?
We have all sinned and deserve God’s judgment. God, the Father, sent His only Son to satisfy that judgment for those who believe in Him. Jesus, the creator and eternal Son of God, who lived a sinless life, loves us so much that He died for our sins, taking the punishment that we deserve, was buried, and rose from the dead according to the Bible. If you truly believe and trust this in your heart, receiving Jesus alone as your Savior, declaring, "Jesus is Lord," you will be saved from judgment and spend eternity with God in heaven.